The Community Orchard was started in 2009 when grants to remove the brambles at the site were received from  the County Durham Foundation. After the brambles had been part cleared, test holes were dug to see what the soil was like and to establish if land drainage would be needed – it was needed. Fortunately the hard work that had been expected to be undertaken by volunteers to install land drainage was made very easy as Rockliffe Hall Ltd and their golf course contractor (M.J Abbott) part sponsored the land drainage. Land clearance, rotavating, spreading soil improver and grass seeding was undertaken during the spring and early summer of 2009 by volunteers. A selection of 28 trees (mainly apples, pear, damson, plum and quince) were purchased from a specialist nursery in Pickering, which grew saplings on a clay soil so giving the best chance for the good establishment of our trees. The tree planting was then carried out in a morning by volunteers young and older in March 2010. 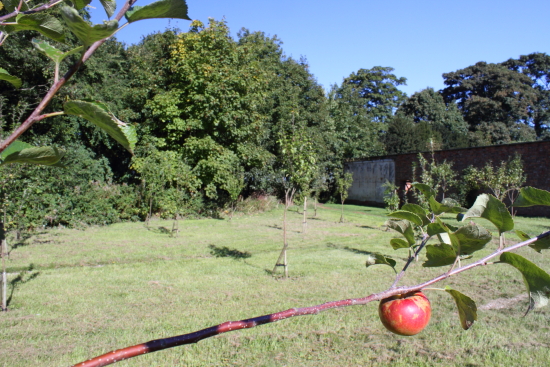 In 2016 EPICH members received training in how to prune the fruit trees, and a grapevine was added to the fan-trained trees on the wall.  Stepover apples were planted along the path in 2017, and in the hot summer of 2018 some trees were lost.  Today the orchard is mature and has been added to further with apricot, a new quince, and a new management regime. 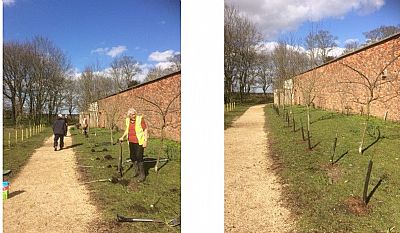 Maintained by EPICH on behalf of the Parish Council, a new initiative for the next ten years is to develop the area beneath the trees as a wildflower meadow, encouraging beneficial insects to help control pests, and support pollinators, and reducing the need to mow.

A grant has been received (2021) from Tees Valley Nature Partnership for an interpretation panel explaining the trees making up the orchard, and the management approach. 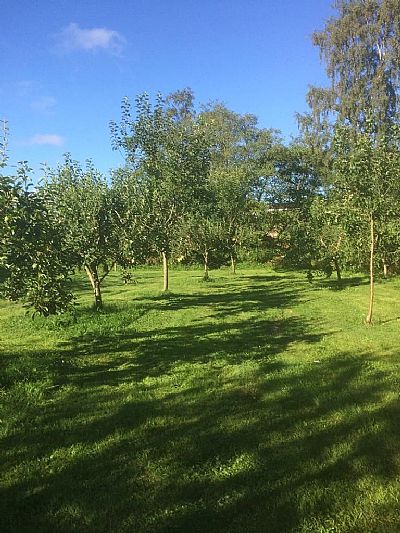